Tenerife on a Budget 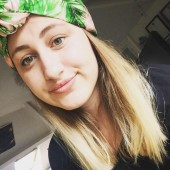 5 average based on 1 ratings

Tenerife is often called the Island of Eternal Spring because of its unbeatable weather (where else in Europe can you go where it’s 18 degrees celsius in the winter?!). As the largest and the most populated island in the Canary Islands, Tenerife is becoming increasingly popular with holidaymakers looking to get a bit of culture and a bit of sun, because this place has it all! So if you’re planning on visiting Tenerife on a budget this is the ultimate money-saving guide for you.

Getting Around Tenerife on a Budget

Tenerife is an island of two halves – and is served by two airports because of it! Northern Tenerife is the home of its capital city, Santa Cruz and perfect for the budget holidaymaker who wants to see a bit more of traditional Spanish city life. Southern Tenerife is for the sun worshippers, with the beaches of Los Cristianos and Playa de Las Américas as well as windy cobbled streets, cafes and restaurants. And slap bang in the middle is the island’s highest peak, and the world’s third largest volcano, Mount Teide. So before you book your budget holiday to Tenerife, work out which side of the island you’d like to visit and go from there!

Once you’ve worked out where you want to go, getting round Tenerife on a budget will be a doddle.

TOP TIP
If you book an all-inclusive holiday to Tenerife or a holiday through a travel agency, free bus transfers will be included in your package holiday to take you from the airport right to your hotel door, so you won’t need to shell out for public transport! Perfect for those wanting to travel Tenerife on the cheap.

One way to get the most out of your budget trip to Tenerife is to hire a car for the duration of your stay. Tenerife car hire is relatively cheap and can be a great alternative to public transport and taxis if you’re traveling as a group. However, there are so many car hire companies in Tenerife that finding the right one for you can be incredibly time-consuming – and we don’t want that! From our experience, AutoReisen Rent-A-Car is one of the cheapest and most efficient ways to hire a car in Tenerife. For example, a Citroen C3 with 5 seats will cost you just €54 for 7 days in July! Obviously, dates and fares will vary, so check your price and book online here.

But if you’re really looking to travel Tenerife on a budget, there is no better way to save money and see what the island has to offer than to walk. For some of you, this may be a big no-no (after all, you didn’t come on vacation to go on one big hike) but for others, having a walk through the winding roads, mountainous areas and luscious beaches is one of the best aspects of seeing a new country. Of course, you won’t be able to walk across the whole island (according to Google Maps it will take you 18 hours and 6 minutes to walk from the South to the North of the Island!) but you can walk within your own area. Check out this website for some of the best views and walks Tenerife has to offer: http://www.walkingworld.com/Walks/Spain/Canary%20Islands/Tenerife.aspx

In terms of destinations within Tenerife, there are three main areas that are popular for tourists and locals alike. Here, we’re going to give you a quick run-down of what you can expect from these locations – but we’ve also provided and attached in-depth guides on each section because we’re just super duper nice!

Santa Cruz is located on the North side of the Island and is the capital city of Tenerife. Because of this, Santa Cruz is ideal for those who love the city. Here, you get the hustle and bustle of daily life, striking architecture, tall buildings and dazzling parks. Check out some of the main features of Santa Cruz:

Does this sound like your perfect holiday to Tenerife? Check out the full guide here.

Los Cristianos is one of the most popular destinations in Tenerife for families and couples. Located on the south-side of the island, this little fishing village is the perfect mix of old and authentic Spanish culture and the ultimate sun-holiday. With incredible volcanic beaches and calm waters, this is the best place for a bit of R&R during your budget trip to Tenerife. Take a look at some of the main features of Los Cristianos:

Can you see you and your family lying on the beaches of Los Cristianos this year? Check out our in-depth, ultimate guide to Los Cristianos.

Playa de las Americas in the south-western tip of Tenerife has really made a name for itself over the past few decades, and has since become one of the most attractive destinations for young groups looking for the best Tenerife nightlife. With beautiful beaches by day and bustling bars by night, Playa de las Americas is perfect for those wanting to enjoy every single minute of their budget trip to Tenerife. Here are some of the main features of Playa de las Americas:

Do you want to party the night away during your budget trip to Tenerife? Then check out this in-depth travel guide for Playa de las Americas.

Tenerife is full of incredible, cultural and fun attractions perfect for any budget trip to Tenerife. There are all kinds of attractions in Tenerife across the whole island, so we’re going to sum up some of the best! But check out the individual guides for each specific destination (above) to make the most out of your trip to Tenerife.

Teide National Park is one of the most visited attractions in Tenerife. As the largest park in the Canary Islands and spanning over 47,000 acres, Teide National Park is home to craters, volcanic peaks, rivers of cooled lava, and the piece de resistance – Mount Teide. This volcano features the highest peak in Spain, rising at 12,198 ft above sea level. Mount Teide and the UNESCO World Heritage Site park is located right in the center of Tenerife, and can be accessed from all areas of the island. The TITSA bus service runs one service each day to and from Mount Teide from Playa de las Americas and Puerto de la Cruz. Check out the service and times here. To get to the top of Mount Teide, you’ll need to take an eight-minute cable car up to the summit, which will cost you €27 for an adult, and €13.50 for children. There are also numerous tour companies and trips on offer, even one which lets takes you on a stargazing tour at the top of Mount Teide at night!

If you’re traveling to Tenerife, it would be silly to NOT visit Siam Park. This 46-acre area is the home of the best water park in the world. Siam Park is decked out in an epic Siamese theme and features some of the most amazing slides and attractions in Europe. With eleven slides to choose from for all ages, you definitely won’t get bored here! But if you fancy a little relaxation, you can take a little trip down the lazy river, or have a little swim in the awesome wave pool complete with man-made beach. Siam Park is perfect for those of you that like to be a little more adventurous on your vacations – and if you really love to get your adrenaline pumping, then the Tower of Power is a must! This near-vertical transparent slide shoots you down a tube and into a tank full of sharks and stingrays. Are you brave enough? You can buy tickets for the park online here or you can buy them on the gates (although it can be more expensive that way). This is not to be missed.

Loro Parque is another of Tenerife’s greatest attractions and is owned by the same company as Siam Park. Why would you not want to visit one of the best zoos in Europe? Loro Parque started off as a sanctuary for parrots and soon developed to house a plethora of animals, including dolphins, whales, sharks, chimpanzees, gorillas, sea lions, otters, tigers, jaguars, alligators, tortoises, pelicans, flamingos, fish, penguins and more. As well as seeing what animals they have to offer, you can also check out the awesome animal shows that happen each day. Loro Parque is fun for all the family – and if you buy a twin ticket for Loro Parque and Siam Park you get a discount! Perfect for a budget trip to Tenerife.

The Auditorio de Tenerife is one of the most iconic attractions in Tenerife. Located in the capital city of Santa Cruz, this arts complex draws crowds from all over the world to check out its sweeping architecture and iconic structure. The Auditorio de Tenerife is the home and base for the Orquesta Sinfonica de Tenerife and houses various art installations, performances and more. It’s a great place to explore the culture and see something new during your budget trip to Tenerife. It’s completely free to have a look at the Auditorium from the outside, and check out what’s going on inside. But you will need to buy tickets if you want to see a show or take part in a workshop! See what’s on when you go: https://es.patronbase.com/_AuditorioDeTenerife/Productions

Now all that’s left for you to do is pick which part of Tenerife you want to visit on a budget and use our in-depth guides to help plan the perfect trip. Just a reminder of the best budget destinations in Tenerife and their guides:

30 of the Best Cheap Eats in London

30 Free Things to Do in London

Los Cristianos on a Budget

Disqus shortname is required. Please click on me and enter it

Where are we going?

Book your next trip

Convert local prices to your currency!